I’ve only ever heard about Separation Anxiety when talking about dogs not being able to handle their hoomans leaving for vacation, or maybe even just for work. I never thought about it much.

Until I experienced it myself, with my son. And vice versa.

Separation Anxiety is gut-wrenching and heartbreaking, to say the least.

And this is our story.

It was the middle of 2019 and I’ve been having a bout of fever, body pain, and runny nose. I thought none of it — just the silly flu, I told myself. But when I felt sick and vomited blood, I knew it was something else entirely. In a bit of panic, my husband rushed me to the hospital.

My son was three years old then, and he was so confused about what was going on when we got into the car and rushed to the ER. It was all a blur to me, but my son hugged me as tight as he could when we were inside the car; knowing, perhaps, that something was very wrong.

When we got into the hospital, I was quickly brought to the emergency room. My son was pulled away from me, since being just 3 years old, he was not allowed inside the hospital.

I was severely dehydrated and already suffering from pneumonia. I had trouble breathing, there was pain in my chest, and my liver was damaged, too.

It was a pretty scary time. And what was even scarier was that the last image I had of my son was him being nestled in my mother’s arms, his own arms outstretched to me, crying his heart out.

That severe dengue could very well be the end of me.

But I told myself that I can not, for the life of me, allow that scenario to be the last thing my son remembers of me. His pale and sickly mother, being wheeled into the emergency room of an unfriendly-looking hospital.

I was hospitalized for seven grueling days. The mobile reception was awful in my room that I couldn’t even afford to call someone, let alone use a video call app to talk to my son.

I slept poorly all that time in the hospital, worrying that I will never get to see my son again, that I will never be able to hold him like I used to. There’s so much of the time we spent together that I took for granted.

I was not told about this until I was already getting better, but like myself, my son wasn’t able to sleep well while I was in the hospital.

In the past, he could sleep in his father’s arms and could relax in the care of any of his grandmothers. But while I was in the hospital, my young child couldn’t get a decent sleep.

He would cry his eyes out until the wee hours of the morning, calling out for his mother. He will only be able to sleep once he gets too tired from crying. Still, he will not be well-rested as he will wake up a couple of hours later, asking for me again.

It was then that he developed separation anxiety. And to be very honest, I felt the same way.
Seven days later, I was discharged from the hospital.

Upon coming home, my son greeted me with open arms and hugged me as tightly as he could for at least ten minutes. He would not let me go.

It was a long and emotional reunion.

Upon writing this, I feel a tightening at the back of my throat, trying hard not to cry at the memory of my son worrying whether I’ll be able to come back alive.

Up to now, two years later, my son could not sleep without me hugging him tightly. And whenever I leave the bed to continue working (since I’m a work-from-home mom), there is a 50–50 chance of him getting up and coming over. He will sit on a chair and would wait for me to finish my work so he can go back to sleep next to me.

He is currently five years old.

Some would say that he is already too old to be sleeping by his mother’s side, and they’re probably right.

But one night, I asked him, “Why do you get up to come to me when you know I’m just in the next room?”

It has been two years since that terrible ordeal and he is still troubled by it.

Now that I understand what he was going through, I resolved to sleep next to him until he is brave enough to sleep on his own bed; until the trauma of past events has healed.

I know where he is coming from… I understand his pain… his fear.

This is the very same fear that many sons, daughters, mothers, fathers, brothers, sisters, husbands, wives, and all other loved ones are feeling right now in this COVID-19 infested world we are currently living in.

Being separate from our loved ones and getting worried sick about each other’s health and safety — that is Separation Anxiety to the highest level.

So if you get the chance, and once it is safe to do so, hug your loved ones extra tighter. It is our love for each other that will help us get through this, even while we are apart.

If you liked this post, please consider sending the author some coffee by clicking the button below. If the button doesn’t appear, please visit our shop instead. 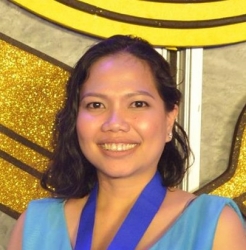 I am a part of God, and God is a part of me. I am divine; always will be.— Jairene CCE

Searching is in progress

error: For Copyright Protection, we have disabled right-clicking on this page. If you want a copy of this work, please visit our Libreng Download page. Thank you!
Loading Comments...